From Sriracha to Sauce Rouge 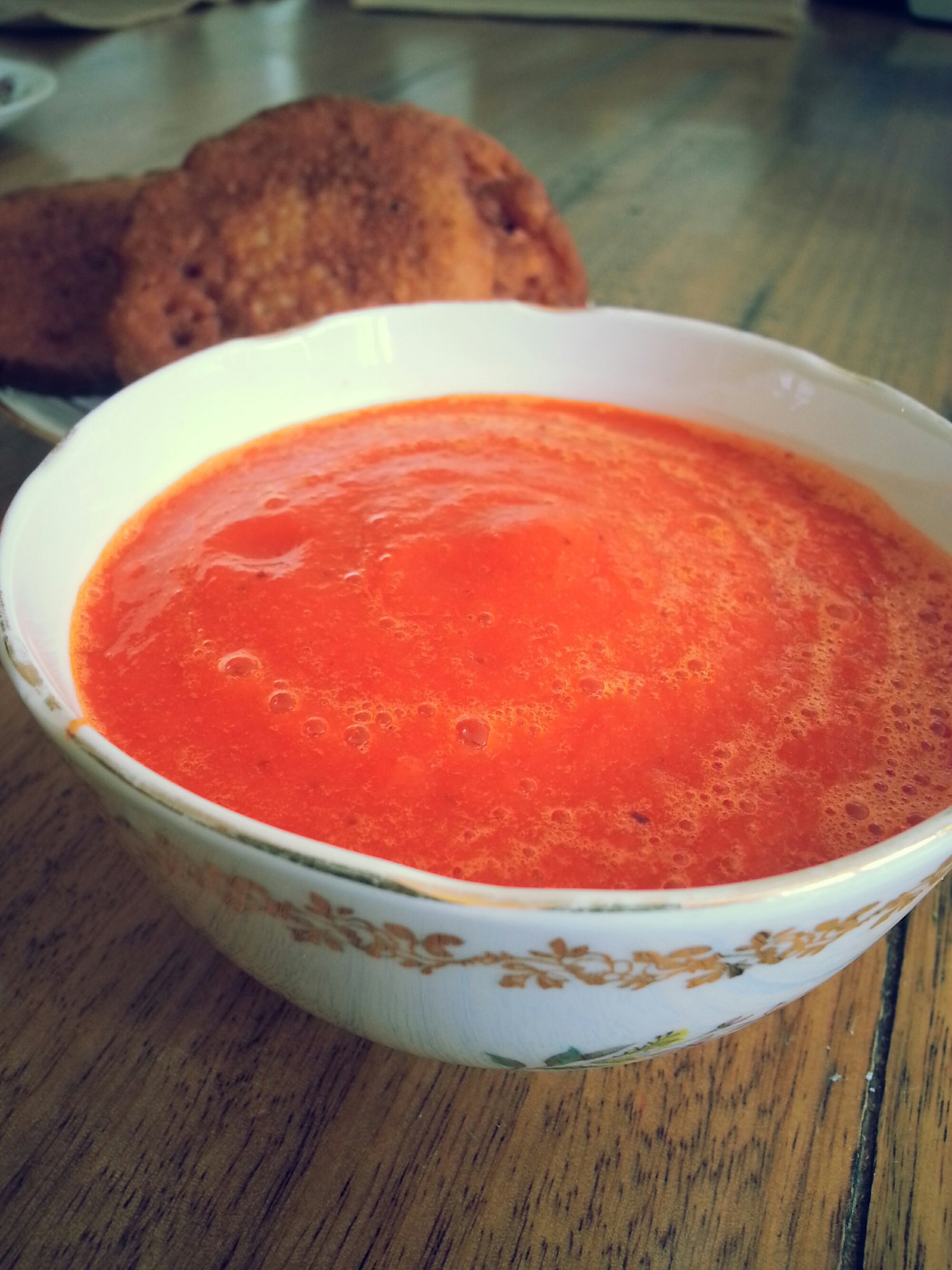 About a year ago, a new African Cuisine site launched with me as the expert writer and one of my premier recipes was akara otherwise known as koose (pronounced korseh). I photographed it with this insanely beautiful red sauce. I had actually found it in one of SBS Safari series videos where the resident home chef was Senegalese. He called it red kosayi, which I found odd as the recipe was about akara, also referred to as koose or kosai. I wasn’t sure whether the name related to the sauce on its own or as a sauce specifically for akara. In other words the chef could have called it red akara sauce but he called it red kosayi. It doesn’t matter.

This week I joined a completely fabulous Facebook group called “So you think you can cook!” I posed my question about the red kosayi sauce to them because I have struggled for a little over a year for a secondary source to verify it as a Senegalese sauce. This is what I asked.

I have a question please if there is anyone here with expertise in Senegalese cuisine. Is there any such thing as kosayi sauce? I have researched on and off for the best part of a year and found a few online sources who quote this but none of them are actually of Senegalese origin or been there. They got it off an Australian TV show. The sauce is bright red and very similar to Vietnamese sriracha sauce, which makes the story slightly believable for historical reasons but I am not 100%. convinced. The sauce is very yummy though. Thanks.

The response I received was overwhelmingly supportive and I was amazed that one of the group members took it a step further to call her Gambian friends (Gambia being very similar culturally to Senegal). What came back through her was that akara generally has a tomato and pepper based sauce used all over West Africa. In Gambia and Senegal, they add vinegar or lime juice for added acidity. She also added that it is usually chunky. Whichever way it is made though, they call it sauce rouge! And why not? The colours are amazing.

How about that for feedback. So the bell pepper based sauce is partially authentically Senegalese. With the other bits concerning the verity of having sriracha sauce as a Senegalese sauce, well, I will leave that as a mystery for now.

Keep reading this blog for my Senegalese sauce rouge recipe. 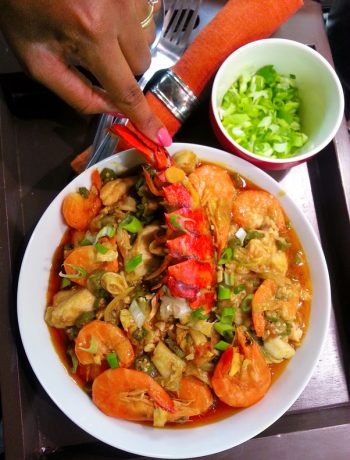 OKRA STEW WITH PRAWNS AND LOBSTER