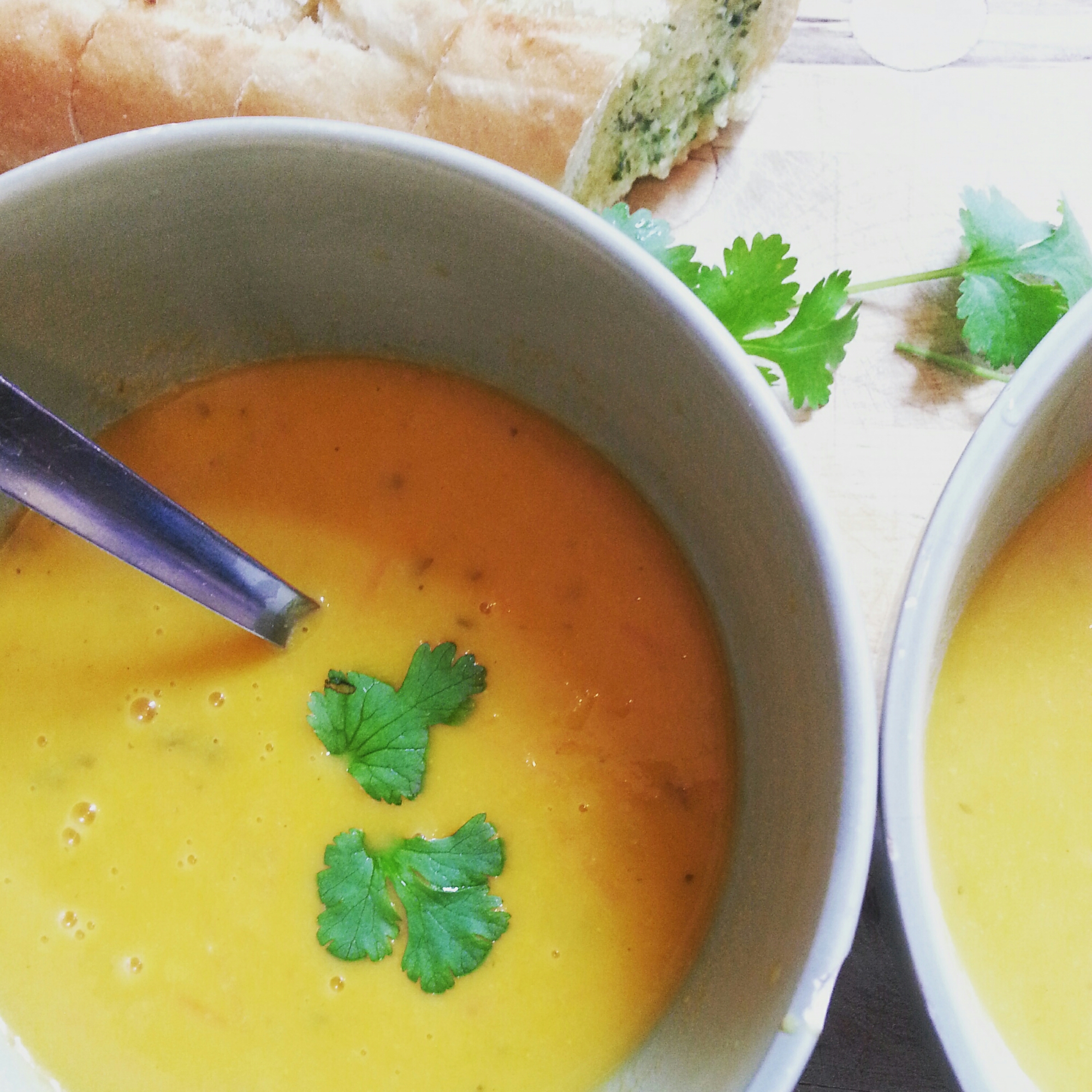 I had no idea that Sainsburys carrot and coriander soup could look this pretty in a picture. But it most certainly did today for my #meatlessmonday post when I served it with a warm, crusty garlic bread. I actually bought the soup during my shop last week but I am such a terrible person for sticking to our home weekly menu because cooking is my creative outlet. When I feel it, I cook it. When the idea pops into my head, I don’t stop until I have made what I want to make.

Sometimes I cook impulsively even if it takes me late into the night, sometimes I stick to the plan, sometimes I just boil pasta and at other times, well… let’s face it, I just can’t be arsed to do anything. And on days like the latter, the Sainsburys soup or overflow from one of my keen cooking days comes to the rescue, especially when we are too skint for take out.

The carrot soup itself was not much to write home about and was definitely under seasoned but it did the job. What I did like about it was the grated carrot pieces which added texture to the soup. And so I think I will have to try and make my own next time. This is how I would go about it.

1. Chop the onions and fry in the oil.
2. Peel and chop the potato into cubes and add them to the pot. Stir for a minute. Add the ground coriander and grate some fresh ginger into the pot.
3. Chop 3 of the carrots and add them to the pot. Follow by adding the chicken stock and water. Bring to the boil and allow to simmer.
4. After 20 minutes, add the coriander stalks to the soup, transfer to a blender and liquidise.
5. Return the soup to the pot and mix in the grated carrots. Check for seasoning and simmer for 5 more minutes. Squeeze the orange juice into it prior to serving.

Serve alongside crusty bread such as ciabatta or garlic bread.