From Bertolli for Pasta to Gennaro Contaldo

September was an awesome month for me! I got invited to attend a special pasta master class with none other than celebrity Italian chef Gennaro Contaldo. This was held at the extremely exquisite Food @ 52 kitchen in Clerkenwell. 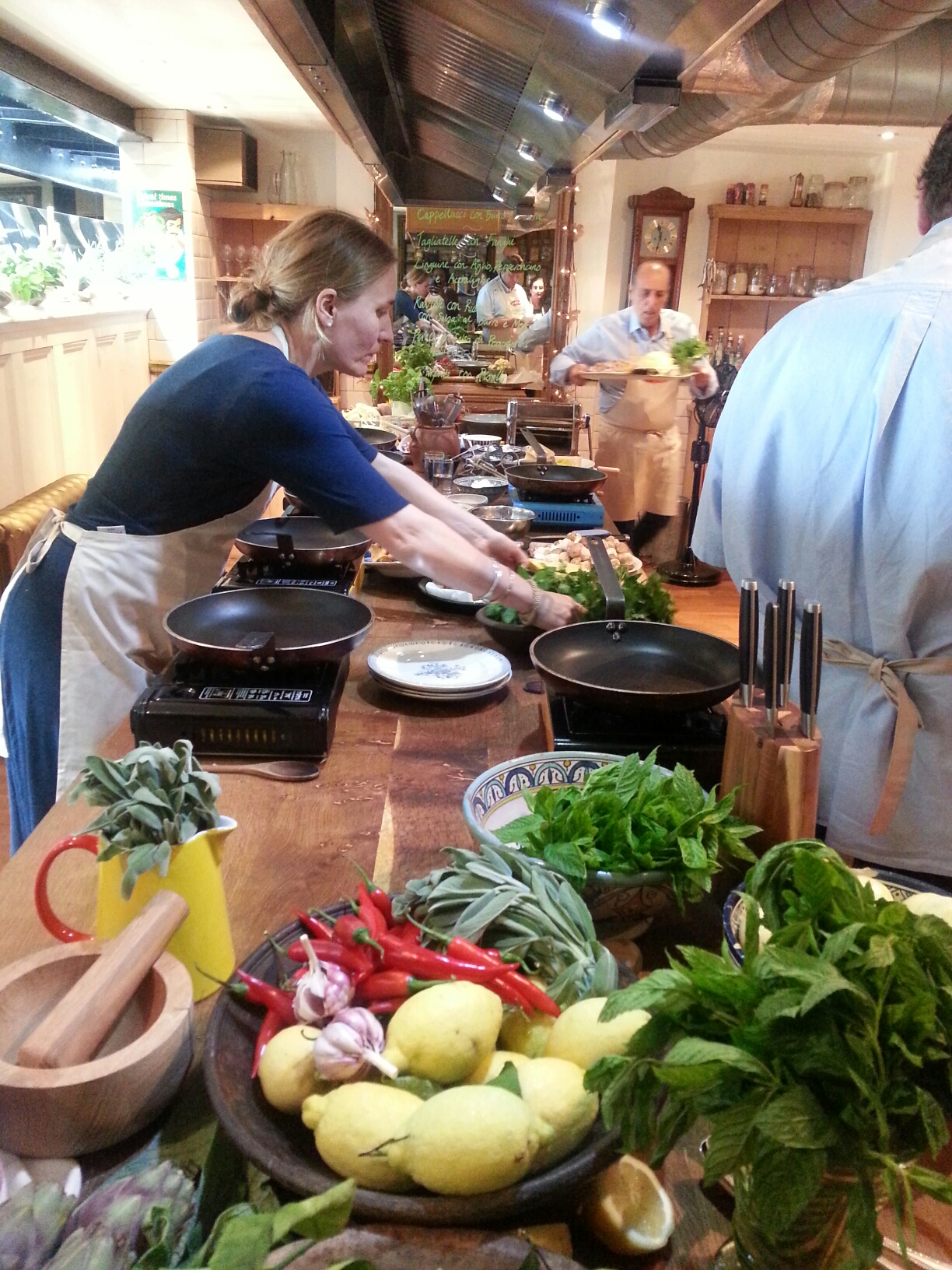 For those of you who do not know who Gennaro is, he is a mentor to some guy called Jamie Oliver, famous (in West Africa) for his take on the ever so canonised jollof rice. Gennaro is also the brains behind the bustling chain of restaurants called Jamie’s Italian (hmmmm another Jamie, I wonder whether this is a coincidence.) You can also catch him on TV alongside Antonio Carluccio in Two Greedy Italians. 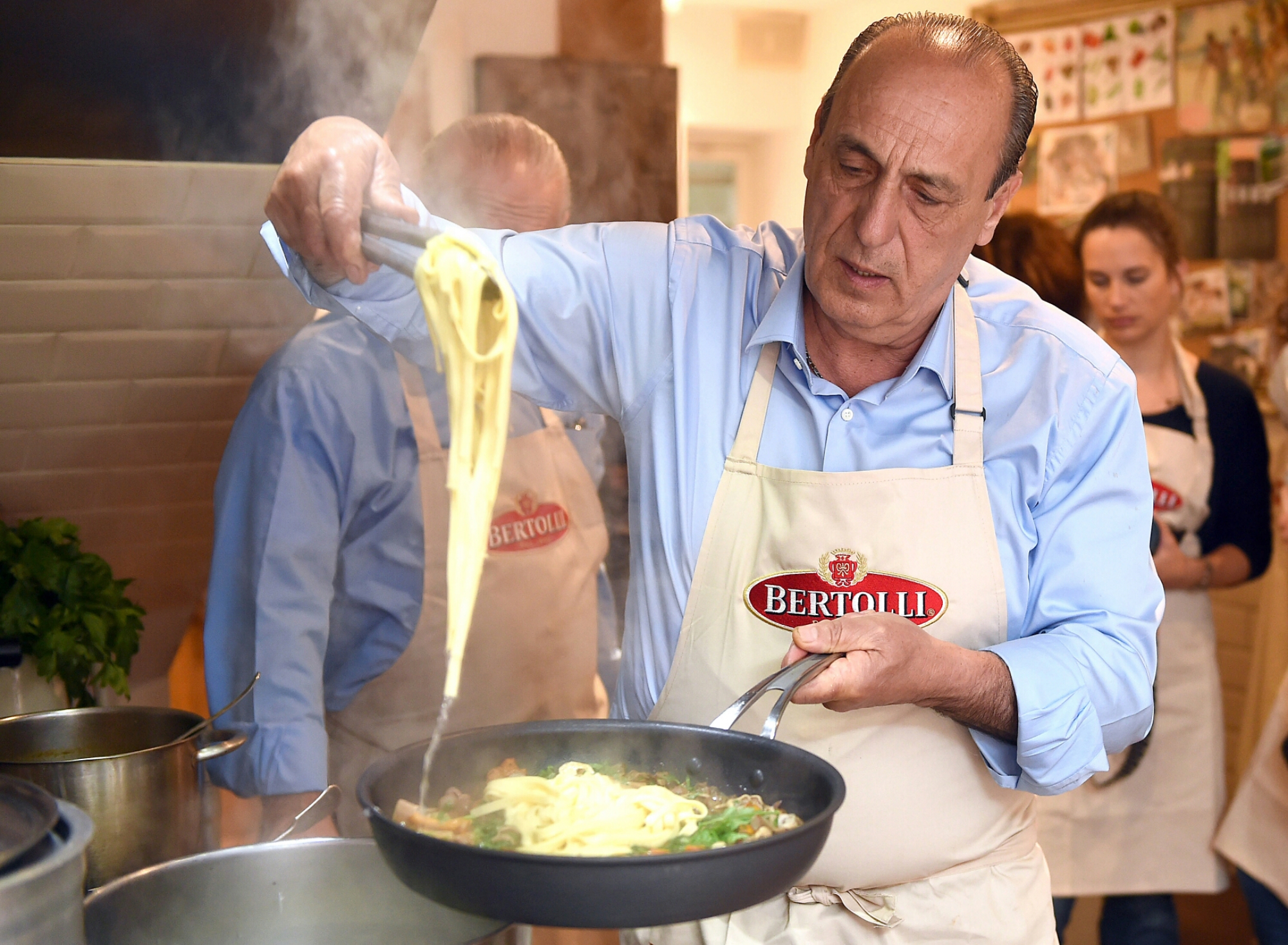 Bertolli with butter is good for pasta

All jokes aside, the star of the show was pasta, and everything that Bertolli with butter (BwB) could do with it. Bertolli with butter is a new product launched by the brand and what better way to introduce it than in a pasta masterclass with Gennaro? I got away from the event with a lovely goodie bag with a tub of BwB and a ton of other stuff. I have already finished my first tub of BwB and got another one. I have found that I grab it for cooking and baking more than anything else. 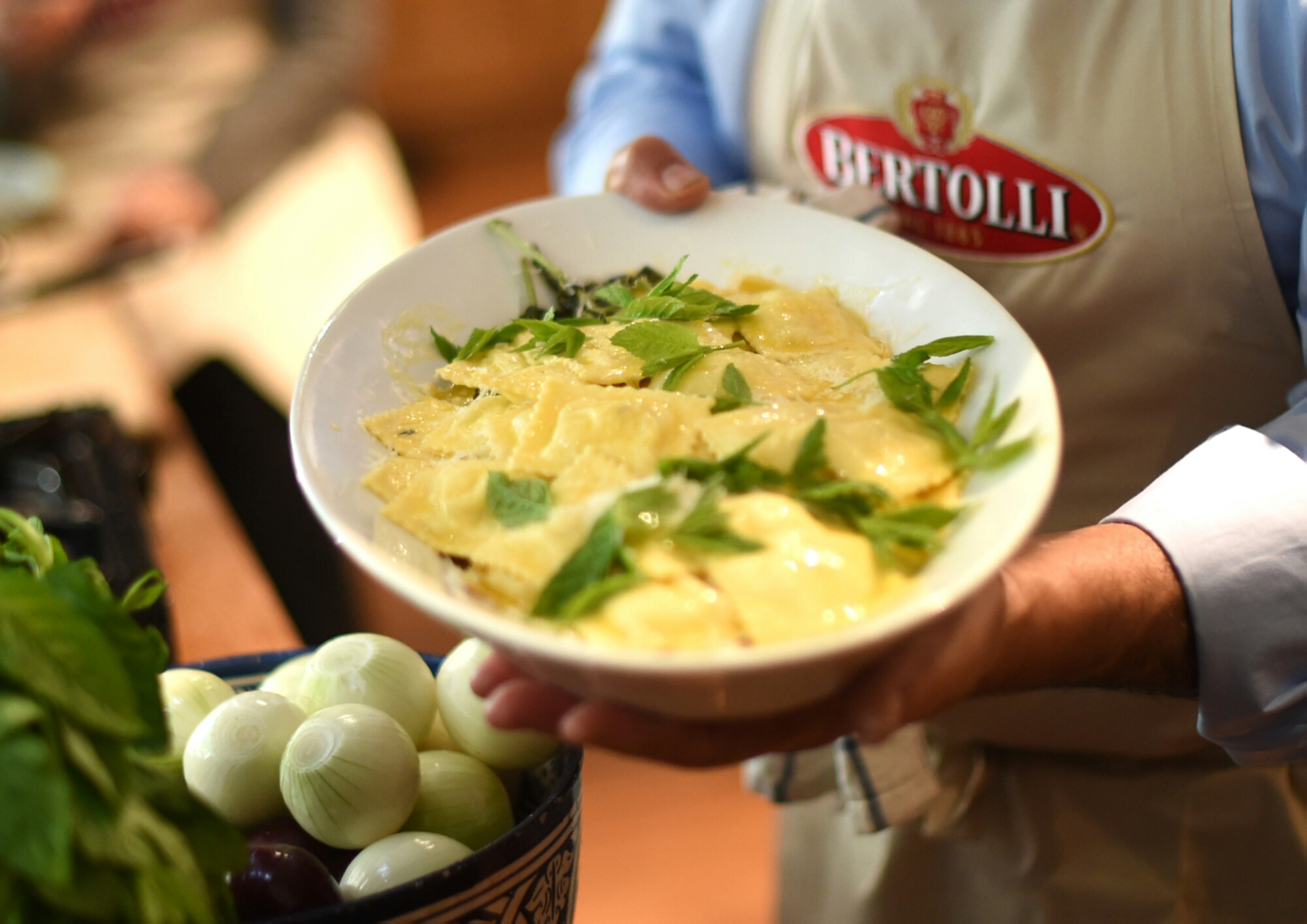 On the day I have to say I was more than delighted to partake in the deliciously quick dishes. Now let’s be honest though, pasta is super easy to cook but we have all been making it the wrong way. One of the key things Gennaro says is:

It’s all in the water

Most people’s first mistake when cooking pasta happens before it’s even placed in the water. Often home cooks do not use enough water and forget to add salt to the water at the moment it begins to boil.

Pasta contains starch which is released into the boiling water during cooking. By having abundant water, the starch dilutes better and eventually dissolves, preventing the pasta shapes from sticking to each other and the pot.

Adding salt to the water when it’s boiling ensures it is easily distributed throughout the pot, and will be evenly absorbed by the pasta after it is dropped into the pot as well.

It only takes 15 minutes tops to pull a balanced meal together and the secret is to serve it immediately. There were some other big lessons that I was able to take away from the day but I will save those as inspiration for many posts in the future. 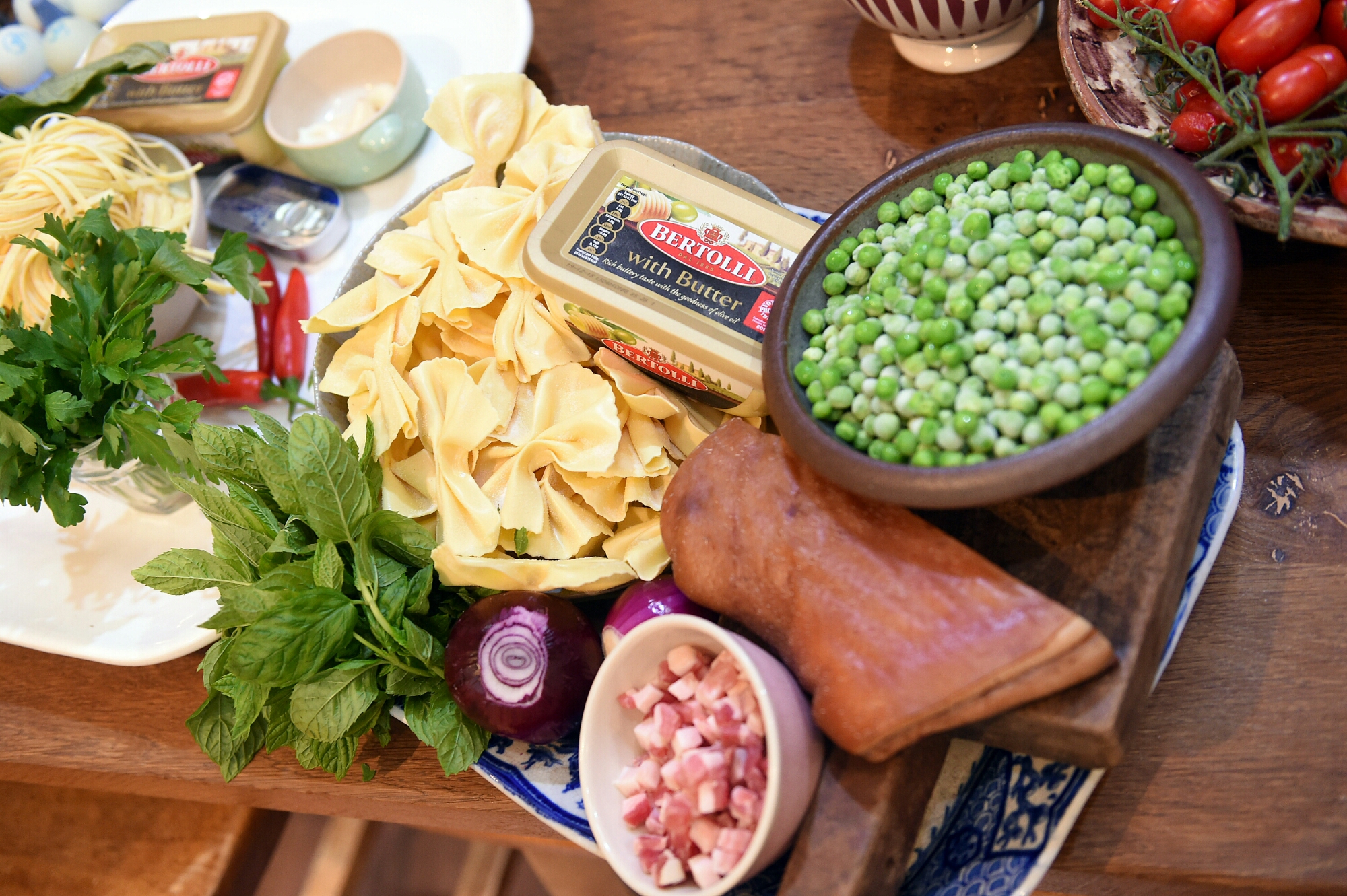 My favourite dish of the day, which I have now cooked for my family and friends several times would have to be the pasta and peas dish with panchetta and mint. It was the perfect Italian take on the quintessentially British ham and peas soup. The addition of the mint was absolutely sensational. The aroma of the scrunched then teared mint leaves just worked. What really sold me was once the dish was cooked, Gennaro garnished it was one more sprinkling of fresh mint and once that freshness hit the heat of the pasta, it sent a waft of decadence through the air that pushed my senses 25 years back; I don’t know exactly where to but it was just something that seemed so familiar and exciting. If that was not enough to whet your appetite then the added benefit of this being so quick and palatable to kids under 5 is probably what you need to be completely sold to this as a regular meal idea for the entire family. Yes indeed my friends, if you are pressed for time like me with 3 kids under 6, yet with appetite for impeccably delicious food, then this is a must try. Therefore I give you a recipe a la Gennaro. 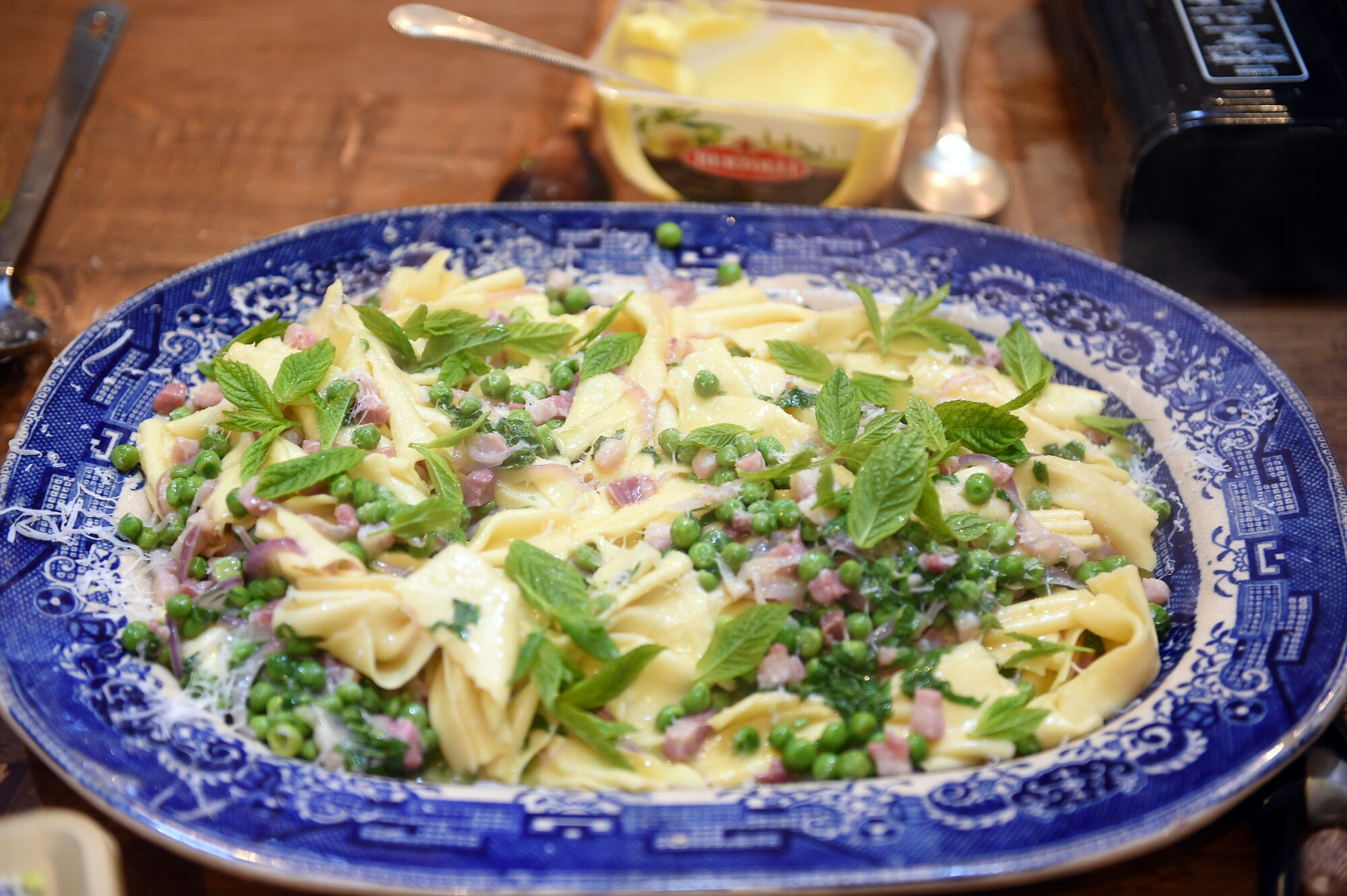 1. Gently heat the extra virgin olive oil and butter together in a frying pan until the butter has melted.
2. Increase the heat to medium, add the onion and pancetta and sweat until the onion has softened and the pancetta is golden. Stir in the peas and mint, if using, then add the hot stock and Parmesan, cover with a lid and cook on a medium heat for 3-4 minutes, until the peas are cooked and the water has been absorbed.
3. Meanwhile, bring a large saucepan of lightly salted water to the boil and cook the farfalle until al dente, according to the instructions on the packet. Drain, add to the sauce and mix well.