I feel like such a grown up. Over the years I have fantasised about growing tomatoes in my London flat. 4 years passed before I even bought seeds. Then I bought seeds. A year passed and I would visit promenade planting’s blog to spew over how brilliantly she grows vegetables and essentially takes gardening to a whole “nother” level! So another couple of years passed by and things were beginning to look as though I would never plant a seed.

Fortunately for me, winter was extremely long this year and it seems I was given a second chance so off I went and planted tomatoes, peppers, spinach and pattypan squash towards the end of April. Being the lazy bum that I am, I did not follow the instructions on the packs to the “T”. I mean, who has got time to plant and nurse seeds indoors before transplanting them outdoors? Honestly? All I could think was, “Gee whiz? It was never this complicated when I did agriculture st high school!” So what happened?

They began to grow. The spinach,

the tomatoes, the squash

… but not the peppers. Not even a shoot. I didn’t let that get me down though… NEVER!!! I was proud that anything grew.

But then came time for the harvest and it took Good+Perfect friends to let me know about my epic fail. You see, I harvested my spinach and for some reason I felt a bit cheated and thought it was so much effort for very little reward. You see, I pulled my spinach right out of the ground!!!!! I only needed to pluck the leaves. Oh!

But hey, I have learned from it and at least I can boast that my pattypan squash plants are flowering beautifully! 🙂

The Tao of Eating for Money: Part 2 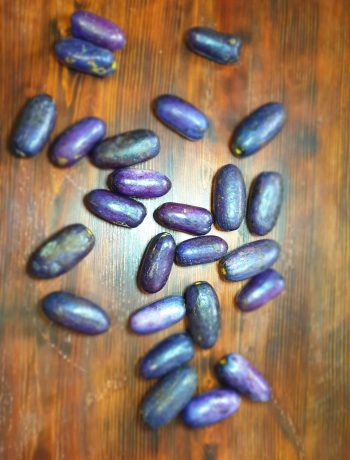 Everything You Need to Know About the African Butter Pear, Safou, or Ube

My recipes featured on the Guardian Africa Network!